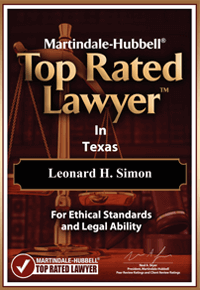 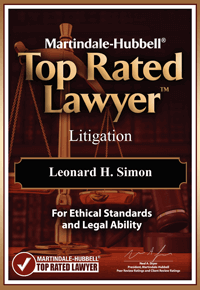 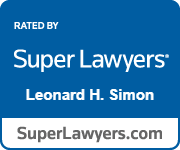 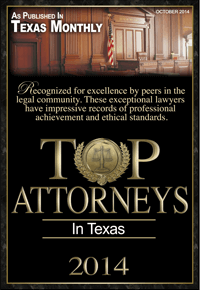 Leonard H. Simon is a member of the Texas State Bar in good standing due to his experience, reputation, and ability as an attorney. He is Board Certified in Business Bankruptcy Law by the Texas Board of Legal Specialization and has over 30 years of experience litigating in matters relating to, real estate, corporate matters, insolvency, reorganization, and bankruptcy law.

Mr. Simon has earned numerous honors and distinctions throughout his legal career. After graduating at the top of his class from South Texas College of Law, Mr. Simon was inducted into the Order of the Lytae, an honorary fraternity that recognizes outstanding academic achievement. The Texas Super Lawyer directory, an index of attorneys who exhibit excellence in the practice of law, listed Mr. Simon as a Texas Super Lawyer for 7 consecutive years-from 2008 through 2014. Finally, Martindale gave Mr. Simon an AV Preeminent rating for his many years at Pendergraft & Simon, LLP, a testament to the fact that his peers rank him at the highest level of professional excellence.

Mr. Simon is also engaged in a commercial litigation practice-first-chairing 6 commercial litigation cases tried to a jury verdict. One of those cases was a 16-day jury trial in federal court involving a quarter of a billion dollar claim against former officers and directors of Livingwell, which he litigated to a successful conclusion after an unfavorable jury verdict. Another was a state court case in San Antonio involving a securities fraud suit on behalf of numerous investors in a fraudulent investment scheme. The case was tried for 26 days and resulted in a favorable verdict judgment as to one defendant. A third was a usury lawsuit tried for 6 days to a favorable verdict and a $2,000,000 dollar judgment, which was reversed on appeal.

Most notably, Mr. Simon handled the Timbers of Inwood case, an important bankruptcy case which he appealed all the way to the Supreme Court of the United States. He argued the case before the justices and won in a unanimous decision.