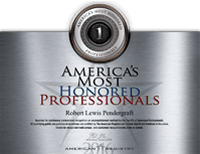 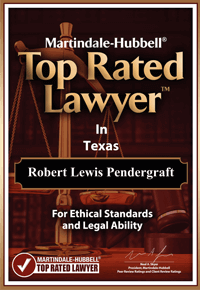 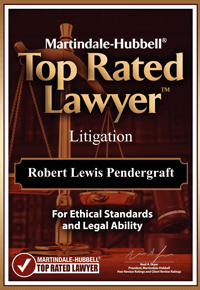 Mr. Pendergraft has also served on the Board of Directors of the Houston Chapter of the Association of Attorney Mediators and has mediated over 700 cases, many of which involved complex issues, multiple parties, and settlements in excess of $1,000,000 dollars. Finally, Martindale gave Mr. Pendergraft an AV Preeminent rating for his many years at Pendergraft & Simon, LLP, a testament to the fact that his peers rank him at the highest level of professional excellence.

Trustee Experience
Since 2003, Mr. Pendergraft has served as 1 of only 3 trustees for the J.T. Thorpe Company Successor Trust, an asbestos trust implemented pursuant to 11 U.S.C. § 524(g) to resolve claims caused by exposure to products containing asbestos, for which the company was found to have legal responsibility.He has provided oversight for many investment portfolio managers, claims processing services, and future claims representatives. Additionally, he has actively participated with co-trustees in directing other trust business with the assistance of professionals engaged by the trust.